You are here: Home / Stakeholder Committee

The Stakeholder Committee will be convened twice yearly and will: 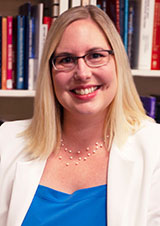 Barbara “Basia” Andraka-Christou, JD, PhD is an Assistant Professor in the Department of Health Management & Informatics, with a Joint Secondary Appointment in the College of Medicine, at the University of Central Florida. Andraka-Christou’s research explores substance use disorder treatment from health services and health policy perspectives, including medication-assisted treatment barriers, person-centered care, and mobile health delivery. Additionally, she leads the University of Central Florida Court Health Services & Policy Workgroup. Andraka-Christou’s work has appeared in International Journal of Drug Policy, the Journal of Addiction Medicine, the Journal of Substance Abuse Treatment, Drug & Alcohol Review, the American Journal of Drug & Alcohol Abuse, Substance Abuse, and JAMA Network Open. She has appeared on National Public Radio’s All Things Considered and Morning Edition. Andraka-Christou is the author of the book The Opioid Fix: America’s Addiction Crisis and the Solution They Don’t Want You to Have (Johns Hopkins University Press, 2020) about the legal, health service, and culture barriers to medications for opioid use disorder. She has also published an interactive electronic textbook, Health Law & Ethics, with Cognella Academic Press. Andraka-Christou received her J.D. and Ph.D. from Indiana University and completed a postdoctoral research fellowship there. She received her B.A. summa cum laude from the University of Florida. She is a licensed attorney in Florida. 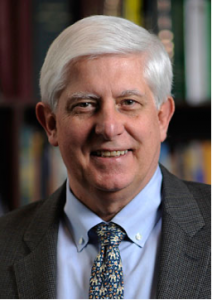 Donald S. Burke, MD is a Distinguished University Professor of Health Science and Policy, and former Dean of the Graduate School of Public Health, at the University of Pittsburgh. A native of Cleveland, Ohio, Burke received his BA from Western Reserve University (’67) and his MD from Harvard Medical School (’71). He was an intern and resident in medicine at Boston City and Massachusetts General Hospitals and trained as a research fellow in infectious diseases at the Walter Reed Army Medical Center. Burke has studied prevention and control of infectious diseases of global concern, including HIV/AIDS, influenza, Japanese encephalitis, dengue, and emerging infectious diseases. Burke has lived six years in Thailand, worked extensively in Cameroon, and conducted collaborative vaccine and epidemiology studies in India, China, South Africa, and other countries. He served 23 years as an active duty officer at the Walter Reed Army Institute of Research, retiring at the rank of Colonel. He then served 9 years as a professor at the Johns Hopkins Bloomberg School of Public Health. Burke joined the University of Pittsburgh in 2006 where as Dean he founded the Pitt Public Health Dynamics Laboratory, an academic team that develops computational models and simulations of epidemic infectious diseases, substance use disorders, and other dynamic public health problems, and uses these simulations to evaluate prevention and control strategies. He has been on the Board of Health of Allegheny County (Pittsburgh) for 11 years. Burke has authored or co-authored more than 300 publications on public health and medicine. He is a Fellow of the American Association for the Advancement of Science, a Fellow of the Infectious Diseases Society of America, a past-President of the American Society for Tropical Diseases and Hygiene, and an elected Member of the National Academy of Medicine. Burke is the founding President and Board Chairman of Epistemix, Inc., a start-up company that develops computational modeling software solutions for epidemic diseases and other complex social problems. 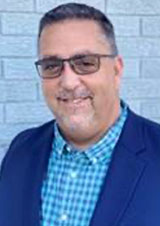 Jim Hunt began his career with the Department of Correction in 2008 after working in the private sector for 14 years as a Regional Manager and a Consultant/Compliance Auditor. He started at Pendleton Juvenile in Operations. In 2009, Hunt transferred to Correctional Industrial Facility to work as an officer in Adult Operations. Hunt was afforded the opportunity to get involved with Re-Entry in 2015 when he promoted to Correctional Caseworker. Along with his role in Case Management, Hunt was the facility PREA Compliance Manager. The opportunity to get involved in Administration at the facility level came very quickly when he was promoted to Unit Team Manager in 2016. His desire to be involved in Re-Entry at a higher level came in 2019 when he promoted to Re-Entry Monitor and moved his daily job duties to Central Office. During his time in his current role, Hunt has had the opportunity to work directly with Classification, Re-Entry/Pre-Release, Custody and Administration. He studied Business Administration and is currently adding course work in Criminal Justice & Criminology and is planning to complete his Masters’ Degree in Business Administration. 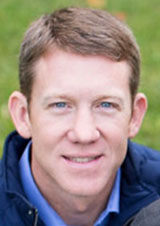 Michael Kaufmann, MD, FACEP, FAEMS first became an EMT in 1992. Near that same time, he graduated from Indiana University in 1993 with a Bachelor of Science degree in microbiology. He then worked as a microbiologist for Cook Pharmaceuticals for one year in Bloomington, Indiana before entering Indiana University School of Medicine. He graduated with his medical degree in 1997 and went on to complete an emergency medicine residency at the Case Western Reserve MetroHealth Medical Center Cleveland Clinic program in Cleveland, Ohio. During his last year there, he served as Chief Resident and worked as a flight physician for Cleveland Metro Life Flight. Since finishing residency, Kaufmann has worked as an emergency physician at Ascension St. Vincent Hospital and Health Systems in and around central Indiana. Kaufmann currently serves as the EMS Medical Director for local Ascension St. Vincent EMS affiliates, including Pike Township Fire Department, Carmel Fire Department, Whitestown Fire Department, Zionsville Fire Department, Decatur Township Fire Department, Seals Ambulance, Fishers Fire Department, Jackson Township Fire Department, Anderson Fire Department, Pendleton Emergency Ambulance and several other BLS non-transport agencies. He is also the EMS Medical Director for Ascension St. Vincent Critical Care Transport which includes St. Vincent StatFlight. Kaufmann is board certified in both Emergency Medicine and the sub-specialty of EMS and was one of the first physicians in the country to receive this distinct sub-specialty certification. In 2017, Kaufmann was granted fellow status by the National Association of EMS Physicians. In early 2018 he was appointed the EMS Medical Director for the State of Indiana in the Department of Homeland Security. Kaufmann has a strong passion for prehospital care and works endlessly to ensure that the organizations with which he works, maintains and delivers a high quality standard. 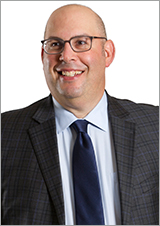 Ross D. Silverman, JD, MPH, is Professor of Health Policy and Management at the Indiana University Richard M. Fairbanks School of Public Health and Professor of Public Health and Law at the Indiana University Robert H. McKinney School of Law in Indianapolis. He is a member of the IU Centers on Health Policy and Bioethics. Silverman’s work focuses on public health and medical law, policy, and ethics, with particular concentrations in vaccine law, policy, and ethics, and policy surveillance, the study of variations in and the impact of law, its interpretation, and its implementation and enforcement on health outcomes and vulnerable populations. His recent research has appeared in such publications as the New England Journal of Medicine, BMJ, JAMA, JAMA-Pediatrics, Health Affairs, the Hastings Center Report, Public Health Reports, the Journal of Substance Abuse Treatment, Vaccine, Chest, and the Journal of Law, Medicine, and Ethics. Prior to his tenure at Indiana University, Silverman was Professor and Chair of Medical Humanities at Southern Illinois University School of Medicine. He also serves as an Associate Editor for the journal Public Health Reports, the official journal of the U.S. Surgeon General and the U.S. Public Health Service. 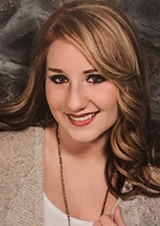 Alexa Ward, BA recently graduated from Oakland University (Auburn Hills, MI) with a BA in Sociology and a Concentration in Addiction Studies. She intends to pursue her PhD in Sociology. Ward identifies as a recovering alcoholic and addict, which is such a critical asset to the worker, scholar, and sociologist she is today. Ward’s sobriety date is March 6, 2017 and on March 19, 2019 she graduated from Royal Oak’s 44th District Sobriety Court. As a young person who has been through the depths of addiction and has seen even the darkest sides of the criminal justice system from a very personal perspective, Ward has an exceptionally unique insight into the world of recovery and the social constructs that influence things like addiction, alcoholism, mental illness, social deviance, recidivism rates, and mass incarceration.